Usually when I tour it’s for a number of consecutive days, driving in my car from one place to the next, from 5 days to 6 weeks. The mode average tour for me, in the past, has been around 3 weeks.

The July tour instead sent me on weekend jaunts – where weekend means 4 days away and 3 days at home between. It turns out that may be a more tiring way to do things, but other projects necessitated the in and out from my home base.

The first away game – The Winnipeg Folk Fest. I’ve mentioned it before, that going to this particular festival has been a lifelong desire. In my teenage years, I started going to The Edmonton Folk Festival and people would exclaim “it’s the second best folk festival in Canada!” After, the story went, Winnipeg. I’d always been curious – because Edmonton’s fest is top notch – what the big deal was.

Being invited to play made it even more exciting of course, and being able to go this year after having to cancel last year, was meaningful for me too.

To be fair, I don’t think the Edmonton and Winnipeg fests should even be compared – the former being urban, the latter being out in a park, beyond the city. The Winnipeg fest is this temporary town that pops up and thrives for 5 days before disappearing. It’s immersive. It’s wonderful. I had the time of my life.

It started off with a bang as I got to ride from the airport with Shelagh Rogers. Be still my CBC loving heart! Five years ago, when Fell Out of Oz came out, I was scheduled to be on Sounds Like Canada. I was thrilled at the prospect of meeting Shelagh. Alas, it was at the time that she broke her leg and Catherine Gretzinger was in her place. With no offence to Catherine, I was crestfallen. And then Sounds Like Canada ended (I remember listening to the last episode – I was on touring, driving through Saskatchewan…) and I thought I’d never have the chance to meet her again. Thank you Winnipeg Folk Fest!

Of course I told Shelagh all this in the shuttle and she was delightful. Late the next day, I spilled my beer on her in the bar, and she was still delightful.

I also got to meet and chat with Tom Power – another one of my CBC FAVES. Dan Mangan took this photo of us backstage:

This was just after my mainstage tweener. Which was a success. I loved looking out at the endless audience – all the tarps and flags and colours and happy festival people. 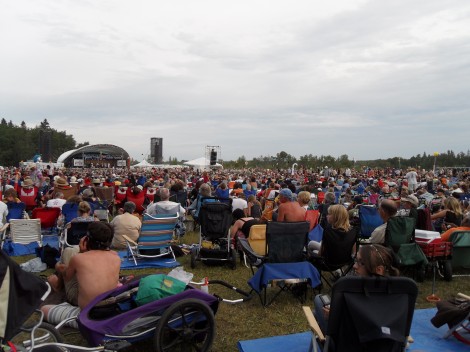 That night k.d. lang performed, and to quote Tom “that was the best performance of music I’ve ever seen”. It’s true. She was remarkable. The whole colourful happy crowd had chills, to be sure.

My concert on The Little Stage on the Prairie was one of the best shows of my life. Thank you to everyone there, I think we made something a little bit magical together.

My dear friend Myia Davar captured this from that afternoon: 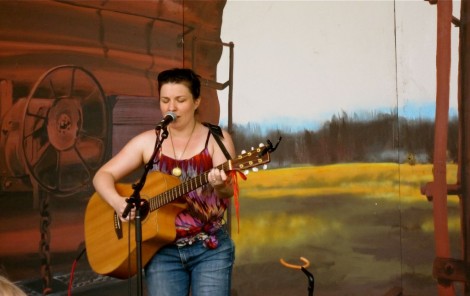 The next day I was part of a covers workshop where I had to admit: I only have one cover song. I can sing along to a million songs, but anytime I go to learn one of the guitar, I just get distracted. It’s true. It doesn’t come up often, but there we were, myself, Frazy Ford, Chuck Prophet, Scott Nolan and Lucy Wainwright Roche, and all of them nailed beautiful, sweet, funny, fantastic covers and I had just one to offer before I had to revert to playing my own songs which seemed out of place in comparison. The only reason I eve have the one – Somebody, by Depeche Mode – was my stepsister asked me to play it at her wedding. I had to learn it, see?

Two weeks later, I had a chance to redeem my cover-less self at The Brandon Folk Festival. I was asked to step in for a curated covers workshop there and granted, I didn’t have to learn them on the guitar, but I did sing two new covers for the rain-soaked crowd there and felt that I’d made a reasonable offering to the gods of cover songs after all.

But before that, came an Edmonton gig. I’m always glad to play in my hometown and the visit with friends there was nourishing. Driving there and back in a matter of 3 days was a little nuts, but road trips are a good opportunity for heartfelt conversations. Like here when Nick and I discussed who’s nose was bigger. Clearly, it’s not much of a debate. 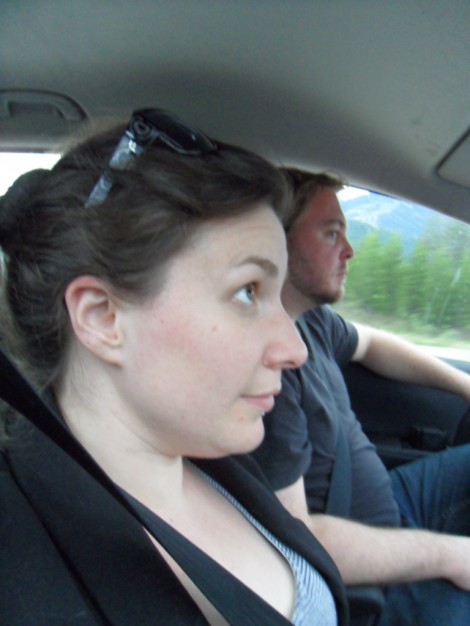 The Winnipeg airport doesn’t take long to get familiar with and after two trips there last month I thought I’d the hang of it. I was delighted to learn from Taylor of Fish & Bird that I hadn’t yet discovered the old school photo booths there. Non-digital photo booths. One black and white, one colour replete with optional orange or blue curtain background. I KNOW – thrilling! Sadly, both were of service. Get well soon photobooths! 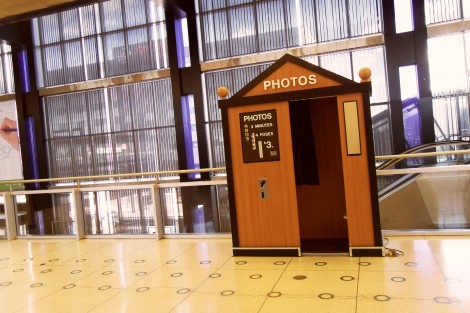 Brandon Folk Festival was wonderful. The audience braved the rain day and reveled in the sun day. The stage crew there was by far the friendliest most upbeat crew I’ve ever worked with. 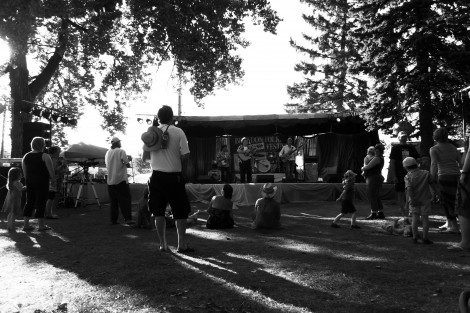 My friend Celes Davar captured some fantastic video of most my performance of The Declaration of Spring and the entirety of one of my new songs, Good Bayou, :

Coming back from Brandon was the last “back” of the month’s back and forths and a night at The Railway Club – the official EP release party for Loved and Lost – was a lovely conclusion to the “tour”. Cris Derksen, Joy Mullen and even my reclusive dear Don Harrison joined me on stage. We had a time. 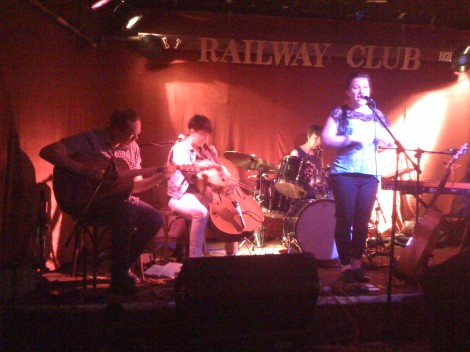 Indeed the new EPs are finding their way in the world – thank you for taking them in when they reach you!

And thank you for this past month. The shows all fueled and filled my heart – not a bad one in the bunch – but I am grateful to know that August is a stretch that will be spent all at home. I’m still dipping my toes, reemerging and learning how to fit all of this back together again. Pieces are falling into place, others are missing. But always, all ways, I am grateful for music.