“Stumps and Sadness, the Christa Couture story,” I said to producer Michelle Parise (yes that Michelle of Alone: A Love Story). We doubled with laughter. We did a lot of cracking each other up — that Parise is a smart and hilarious woman who rolled with my dry to dark humour with the best of them.

But it’s kind of true: there are two subjects I will always be passionate to talk about. Disability and loss.

When I met Erin Noel, the senior producer of CBC Radio’s Tapestry, early last year, it was a dream come true — an IN to something I love and would love to do, ie HOSTING RADIO. ZOMG. I pitched her a few ideas and was thrilled when they offered me a guest hosting gig as part of their summer programming (where three different guest hosts fill the summer months).

Back in the building! I’m VERY excited to be working at CBC for a few weeks on a special project…

As far as loss goes, my first idea was to talk to Jonathan Young of Betroffenheit — the BRILLIANT fusion of drama, poetry and movement based on the tragic deaths of three teenagers. Right up my alley. And the most amazing piece of theatre I have ever seen. After two years, the company (a Kidd Pivot and Electric Company co-pro) had decided to retire the production, and I can’t blame them — repeating the painful story, even so carefully done, could surely only be transformative for so long before it became too much.

Being someone who has performed art based on my own losses, I was so curious to talk to another who must have had the same questions: how much to reveal? When do you know you’ve told the story enough? What is bravery and artf vs. what is catharsis and personal?

But he wasn’t available. And so the idea evolved, and I love the episode that came together, which still begged to answer: how do we deal with grief? Like, really.

We spoke to psychologist David Feldman on how grief is non-linear, comedian Cariad Lloyd (who hosts the brilliant podcast Griefcast) on the importance of comedy in coping, and illustrator Emily McDowell on the right (and wrong) things to say to someone in crisis. (Yes that Emily McDowell.)

Listen to the full episode here: Better ways to live with grief

The disability episode, however, went exactly as planned. My dream guests off the bat were booked: writer, poet, and activist Eli Clare, writer and sex-educator Kaleigh Trace, and accessible design master Luke Anderson.

Lately I’ve been thinking about not just accepting my disability, but celebrating it. And I got to dig into how — getting into the eye-opening ideas of cure (i.e. problematic and rife with ableism) with Eli, dating and disability with Kaleigh, and not just design but differences of opinion on language with Luke. 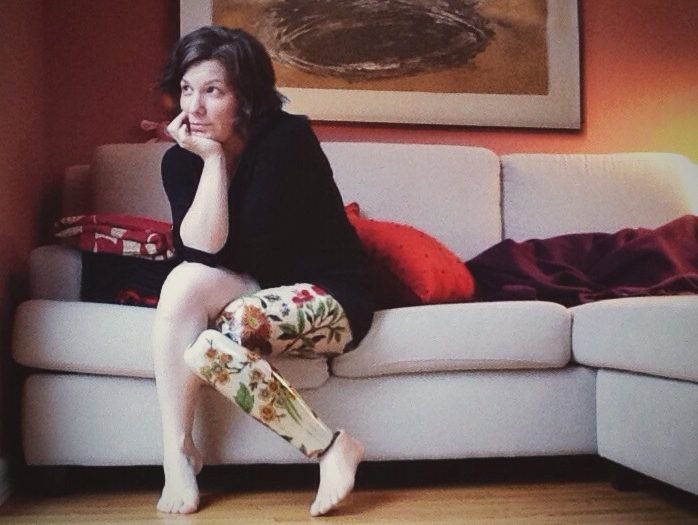 (Hint: I prefer identity-first and he prefers person-first language. The takeaway? Find out someone’s preference!)

Or if you don’t want to listen to anything and rather continue with this nice moment of Reading Things On The Internet, here is the essay I wrote for the show: “I don’t just accept my disability — I celebrate it.”

Having “Network Talk” on my CBC ID was a dream come true! The experience of guest hosting was fantastic, thanks to a top notch team of producers who took such good care of me and my ideas.

I had such a fantastic time guest-hosting — anyone who knows me, knows CBC has a dear place in my heart. Being on the inside, I felt like a superfan with a backstage pass.

The number of CBC broadcasters who wear sandals to work is greater than I would have imagined.

I learned a lot. It turns out hosting is a lot harder than it looks, but I’m so grateful to Tapestry for giving me a shot and to the team that took SUCH good care of me.

Now back to your regularly scheduled stumps and sadness ; )