I recorded an album!

Over seven and a half days (tight sched!) at the newly relocated Henhouse Studio, in Nashville.

(and with thanks to FACTOR funding)

For those of you following along, I made my last album, The Living Record, in 2012 with Steve at the Henhouse when both were based in Vancouver.

But the man and family since moved their home and business south and so I pointed myself in that direction to work with him again.

This album, , , ,  title-to-be-revealed-below, will be my fourth full-length and it has felt a long time coming.

That said, there are a few parts left for Steve to record and then it will be mixed in April. I don’t know yet when I’ll have it mastered, much less released, and so it has a way to come yet.

I don’t want to rush it.

But it is moving along.

I went into recording this album neither more nor less prepared than I have been before, but less certain. I was still finding/waiting on some lyrics until a few days before heading into the studio.  A few of the songs were only written a couple months ago, instead of my having a tidy, complete set, months in advance, road-tested and raring to go.

For the meandering pieces that were falling into place, I didn’t feel entirely sure how they’d fit together.

Other than that I made them.

And by working with Steve, with Gary Craig on drums, and John Dymond on bass, that they would be a whole, shaped by our working together.

I have always loved these Ani Difranco words:

“People used to make a record

as in a record of an event

the event of people making music in a room”

The music that I love most sounds like people made it. Skilled, creative, collaborative, present, masterful, imperfect, breathing humans. I love that sound. 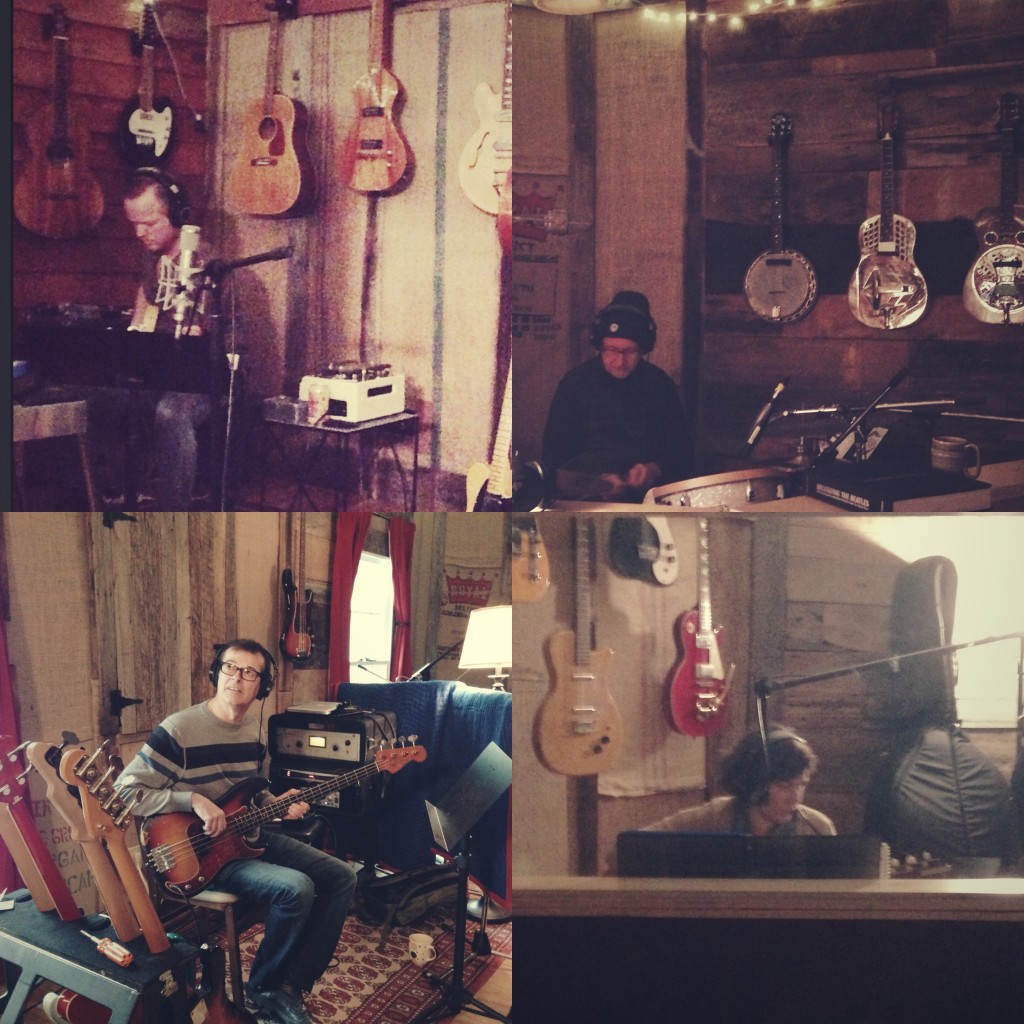 With a different band, on a different day, the songs would sound quite different. But for three days, the four of us recorded 12 songs, capturing them like photographs specific to our thoughts and hands in that time frame. The likes of Gary, Steve, and Craig get to dabble in that kind of magic all the time. But at the rate of making an album every 2-4 years, and not being a side player otherwise (save for the occasional bgs session – and I’m always available for bg sessions, note!), it’s a lucky, special few days for me, every time.

Here we are figuring out the intro to “The Slaughter:”

Those three days of getting “the beds” avec band were a relaxed – despite being jam-packed – fun, and exciting time. Holy smokes I’m just about the luckiest and most grateful wee singer-songwriter around for the experience of working with these fellas. John and Gary have a seeming psychic link, thanks to their years of working together, and it was a delight to see it, moreso to have it, and their talents, on my songs. In addition to being super profesh with mad skills, Gary was also a maker of excellent juices and fresh ginger fueled our days. Working with Steve remains a pleasure – the man is a master – and in our tight time line, he captained us smoothly on track.

Listening back to drums and bass on “Separation/Agreement” with Steve at the helm and engineer Shannon Swords nodding along.

It was a mighty fine time, I tell you.

After that followed my overdubbing piano, guitar, vocals, and harmonies, which just Steve and I did together, up until the final moments before I had to load up the car and leave town. Whewf!

This is a bit of what I look like while recording harmonies (well, here, I’m doubling a line in “That Little Part of My Heart”):

And here’s Steve and me, happy record makers, on my way out the door on our last day: 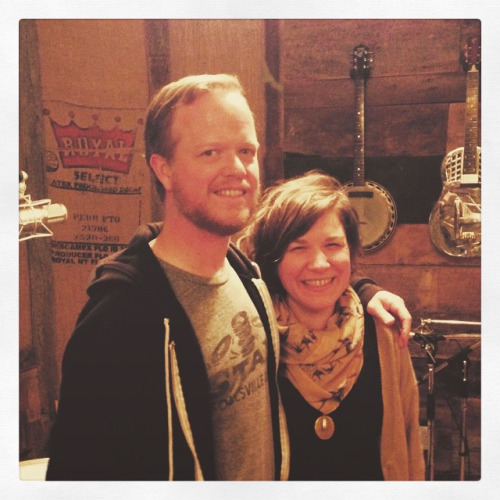 While I was feeling some uncertainty going into the studio, now I’m so excited about what we made. It’s different than what I’ve made before, sonically, emotionally. It’s something I didn’t expect. I can’t wait to share the finished album, and I can’t wait to play the songs live (most of them only a handful of people have heard).

It may be a long time coming but I can tell you now it’s named:

Coming to ears and hearts near you soon(ish).

p.s. Thank you Michael for filming the studio stuff.