It’s no secret I’m an amputee, though it’s not something that comes up often. In the past few months people have said to me “you never talk about it” meaning I don’t write about it here, or in songs.

But I did! That’s the first album people, or a chunk of it – the telling of and reflecting on my experience with Ewing’s Sarcoma when I was 11, and living with disability since then, after the amputation of my left leg above the knee was the cure for that cancer. That was the press release in 2005 for “Fell Out of Oz”, that was the interview on Sounds Like Canada, that was the misinterpreted information when a listener called my label at the time and asked how I could play guitar with no limbs…

Two more albums down the road I’ve moved on to talk and write about other experiences.

But it’s no secret.

Some people notice I walk a little differently, especially on “bad” days (i.e. when I’m tired, have been walking a lot, or my prosthesis just isn’t fitting quite right) where my gait is more affected than others. Most often it comes up on stairs, which historically I’ve climbed and descended one at a time. “What did you do to your leg?” “Did you hurt yourself?” After 22 years of those questions I actually sometimes am still confused by the question, thinking some part of me must be dripping blood or something to suggest injury. “Oh! No I’m not hurt. This is just how I walk.” I don’t mind the question, I do sometimes forget why it’s asked. I’m used to this body.

The answer “I’m an amputee” doesn’t always click for people. Sometimes I dumb it down, “I have a fake leg.” Sometimes I pull up whatever I’m wearing and point to the foam and nylon cover, “see?”

While my sometimes lopsided stance is not a result of injury, I have lived with a lot of pain over the years, mostly skin breakdown. I would reach a point on most days where the socket of my prosthesis would break my skin, meaning each weight bearing step would be digging into sores. The less I could weight bear on the left the more work my right knee has taken on. By my early 20s I’d already had a a tear in the medial meniscus and since have accepted that my one knee was going to get worn out long before the rest of me.

Oh well. I would ride it out as long as I could.

I came home from my first European tour a year ago in physical agony, having to admit I’d crossed the threshold of pushing-my-limits into going-too-far. I considered that touring like that might just not be in the cards. Shit.

Once the thought “this is too hard” crossed my mind, “can it be different?” followed.

It’s a simple question, but it hadn’t occurred to me, in relation to my leg/disability, before. “It HAS to be” settled in my mind not out of determination but desperation. I just couldn’t live with it anymore. I went to my clinic and demanded three things:

Quickly (err, Couture? You’re not one for brevity…) I’ll tell you that #1 was enormously fun, mostly when it came to my FAVOURITE shoe designer, Mr. John Fluevog:

As for #2, after using a suction socket for the last 10+ years, I switched to a gel liner and I will spare you the technical, gory details but it’s no exaggeration to say that this shift alone changed my life. CHANGED IT. For the first time in my one-legged life I walked for hours, and when I reached my limit it was because my right leg and muscles were tired, not because I had open wounds on my left leg. WIN. I even started to walk, wait for it … for fun. FUN.

And the knee, WELL.

For almost 15 years I’d heard of microprocessor knees, of the benefits first and foremost, and of the cost – namely exorbitant and not covered by healthcare. Because of the latter I filed it under “not available to me” (a list that includes things like “smooch David Bowie” and “see the effing 3D Magic Eye image for once”).

Then I met a congenital amputee who described trying a C-Leg (which is a microprocessor knee. I know, I know, the “leg” part confuses things) as the closest experience to what she imagined having two legs was like.

And THAT was intriguing.

At this point, I didn’t think I remembered what it was like to have two legs when more of my life – my entire adult life – has been lived on one. That the first 13 years were travelled on two legs had drifted into blurry, forgotten childhood moments.

Which is not to say I didn’t and don’t miss that. I decided I wanted to find out if the C-Leg could engage my imagination.

In fact, it illuminated memory. One of the benefits of these knees is the ability to go down stairs step-over-step. The first time I stood at the top of the 5-step “staircase” at the physio clinic, my physio therapist holding onto my arm, all I could say was “I don’t believe you” to her while she said, “just try it.”

But I was also hooped. The knee remained out of my grasp financially, and after a month of getting to trial the C-Leg I had to return it to the manufacturer. The day in January that my prosthetist was switching my knee back to my ol’ 3R60, I posted this to Facebook:

This past month I’ve spent a lot time at my physio and prosthetic clinics while getting to trial the “c-leg,” a micro-processor knee. The un/learning curve has been steep and at first really challenging. But then so much fun.

Today I have to give the knee back. I feel like I’m about to turn into a pumpkin.

‘Cause, you know, I’m one for the sharing and documenting. I did not expect the outpouring of support that occurred, a response that lead to this –

– and the launch of cc-kneeraiser.org, spearheaded entirely by my dearest of dear friends Susan, and pulled off with the time and efforts of many other dear friends. Getting it off the ground was the work of Susan, Shawn at Virtuous Giant (and IgnitionDeck) and Lisa and John at Paperny Entertainment.

But it takes a village. I didn’t even know I HAD a village. I knew my neighbours as it were, but holy smokes, a whole city of people made the kneeraiser a success.

What had been my initial hesitation around launching – beyond the layered feelings of asking for support, and what money can complicate, which is a different story than this one – was that while I don’t hide that I’m an amputee, I’ve never wanted to sensationalize it. I worried that fundraising for a new knee might create an unwelcome spectacle, that I would become less known as a writer-singer-type and more as that-chick-with-one-leg. My friend Wes fairly pointed out “but you ARE a chick with one leg” and I am so grateful that the experience, the response, from within my community and the reach the campaign exceeded, and from the media, only integrated that fact. It never felt that it became about That One Thing, it was only ever about community, support, and change. Phewf.

In the meantime I started to try other microprocessor knees – the Genium and the RHEO – and spent a lot of time with my INCREDIBLE physio therapist Linda, and doing my best to test the knees in as many settings as possible. I took the RHEO on my last European tour – those cobblestoned streets and the lack of elevators make for very good challenges – and ultimately decided it was the one for me.

Why did I pick the RHEO? I had ruled out the Genium for being too big and heavy. The choice came down to the fact that the C-Leg’s default is resistance, and the RHEO’s default is free-swing and that that difference was most noticeable to me on stage. I felt that while I had to adapt to the C-Leg since it’s completely consistent, I could make the RHEO adapt to me – it has the potential to be variable, once you learn how to use it.

And I’m learning. And I love it.

And this week I’m writing a cheque to buy it.

248 people contributed, 19 artists donated work as “perks” for the campaign, thousands of people watched the video, shared, “liked” and spread the word.

“You must feel so loved” a number of people have commented. And I do. Mostly I feel loved by Susan because she has spent countless hours for the past three months managing every detail of this campaign. I also feel especially loved by Eddie and Natatlie who put in a week of their lives, and a night in their home, for the delectable, delightful house concert and celebration at the end of the kneeraiser. Also Barber Prosthetics, who gave me enormous time, skill, patience and thought while I went through the decision making process – above and beyond BP!

But yes. By every person who was moved to give what they could and to spread the word I feel so taken care of.

And that’s no secret. 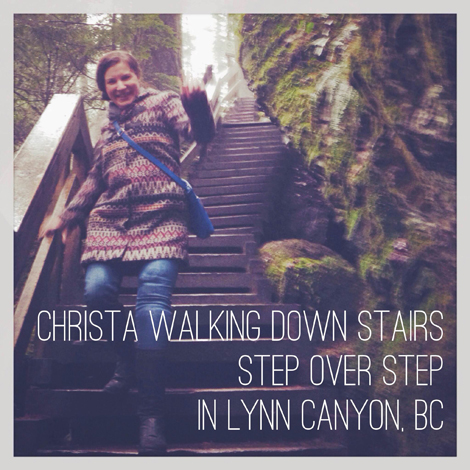