It’s a line I’ve sung many times over the past eight years. The song, Pussycat Pussycat, I wrote in my early hours back in Canada after a year of living in England, on a bus from Toronto to Montreal… I love performing it live and aimed to include it on Fell Out of Oz in 2005, but Futcher wasn’t feeling it. It clearly didn’t fit on The Wedding Singer and The Undertaker and I began to consider it would be a song I often sang but never recorded.

But I think it might be on The Living Record. At least, I’m going to run it past the gang. Despite her years, I feel she could fit in with the new crowd. She’s one that keeps being true for me and I’d love to see her get her dues.

Indeed, where have I been?

This trip, and I’ve been away just over a month now, has felt like a hundred journeys in one. Sometimes on tour each town can blur into the next. But with this past month, each destination, each varied purpose, has been a striking shift from the last and I feel like I haven’t had time to respond, absorb or describe any of them yet.

It started with the ISLAND Hill House residency, those two weeks in the woods of Michigan. The video diaries likely captured the best of it, and the further thoughts I want to shape into words aren’t here yet – they’ll come.

While I was there, this is the office I edited those videos from: 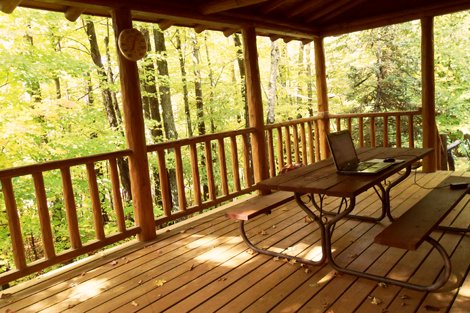 From Northern Michigan I drove to Flint and crossed the border into Ontario to spend four days with my stepmother. She lives there now, though this was the first time I’d seen her there since she left Alberta after my Father died five years ago. It was also the first I’d seen her since my last son died. I cried a lot. She would listen, nod, and sometimes cry too. She lost her first child, her first husband, her first grandchild (my stepsister’s daughter), her third and fourth grandchildren (my boys) and her second husband (my Dad), so she is no stranger to grief. I think that’s what keeps her speechless – it is my experience that those who have not been touched by deep loss are the ones that always have things to say to me on the subject. Those who know anything about it listen and nod.

From there, a long bus ride rolled me into Toronto. It’s where I’m writing from now, though I’ve been in and out since. From here I joined my Vancouver pal Cris Derksen for five shows – we played Toronto, Peterborough, Ottawa, Montreal and a second Toronto gig. Touring and playing with Cris is tops. The gigs were great but poorly timed – Thanksgiving weekend is not a good time to get people to come to shows! Of course we hadn’t realized the holiday when we booked the gigs, but we delighted ourselves, and, I think, those that were still in town and without family obligations. 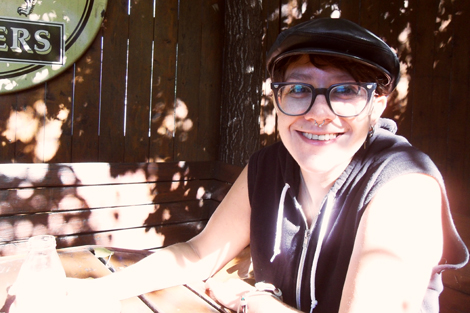 Here I am in the trees of Casa Del Popolo in Montreal: 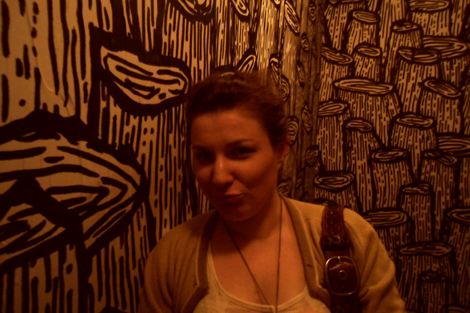 And here we are, feeling the love at a cozy house concert in Ottawa: 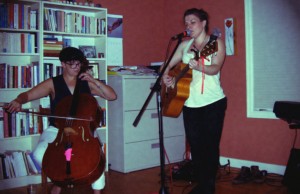 The Toronto gigs were especially full of friendly and familiar faces. The show at the TRANZAC was particularly varied with a  kind of “This is Your Life” cross-section in the audience. I felt overwhelmed facing somewhat disparate parts of my life all in that small front room and Cris played first so that I could sip my scotch and get my overwhelmed-shit together. When I played Cris played with me and singing did what it does best – it both picks me up and out, a protector, and pulls me to the ground, to the present, to the people there, divergent or not, a unifier.

I began this post late tonight and as I’ve typed the clock has tipped into the AM of the 22nd – my birthday. So with that, I shall begin the celebrations by going to sleep.