I was performing at a house concert and things were just about to start when I was asked this.

“This feels real” I replied.

He repeated the question and for a moment I wondered if he was asking me if I thought working as a musician was a real job. Sometimes people think touring is like being on a holiday “you must have so much fun!!!” (yes, sometimes I really do have fun at work) and almost always people don’t realize how many hours and days of administrative work and hustle it takes to get to just one hour of live performance. Every gig has days of work that went into it. If you consider the songs and musicianship shared, then years.

“Being a musician is a real job, yes” and I reflected for a minute on how hard I know I work at my job, and the ways that I’m good at it. Mostly I nail the paperwork.

“No, do you have a REAL job” he persisted and it hit me – he was asking me about money.

Do you have a day job? Is this how you make your living? You can survive doing this? These are FAQs I’d like to do without.

If someone tells me they’re a teacher, it doesn’t cross my mind to ask if they can pay their bills. And if they expressed that they can’t, I wouldn’t consider it a reflection of how well they do their job. Often those asking these questions seem to also be equating the money I make to the value of my work.

A while ago I had a couple of temp admin jobs at an accounting firm. The second time I was there, which was a few months after the first, the CEO said to me “right I remember you; you’re the singer who needs other jobs. I sing too you know, but I also work for a living.” He was telling me I wasn’t good enough. He was talking only about money. And I hated him.

This line of thinking happens amongst musicians too – I remember hearing Hawksley Workman describing a time in his life when he had not only a roommate but bedmate – they worked opposite times of the day so one could sleep in the bed while the other was at work. He said he was doing whatever he could to say he was supporting himself on his music alone – i.e. keeping costs super low. I get that there’s a kind of validation there. Expenses are the key element in that equation of course.

A fellow musician was recently proudly telling me that she no longer needs to work other jobs, but went on to describe not having the means to get the gear she needs to improve her act. I remembered one of the best pieces of advice I’ve heard over the years – Andres Mendoza to a room of emerging artists said “keep your day job as long as possible.” Do whatever it takes.

Over the years there have been many ways that I’ve earned money. Some of it’s been meaningful, some of it’s been crap. Touring, performing, and licensing music has been increasingly how I make my living, but with a definite ebb and flow, taking into consideration all of life’s events and demands. So what?

After high school I first went to film school and worked in television production for many years. During that time I started taking guitar lessons and it was on a foley sound stage with some television colleagues that I recorded my first EP. It’s thanks to those years in production that I’ve got the biz chops that I do, from grant applications to cost reports, and all of the other totally consuming and dull tasks of being an independent artist. I’m so grateful for that training. 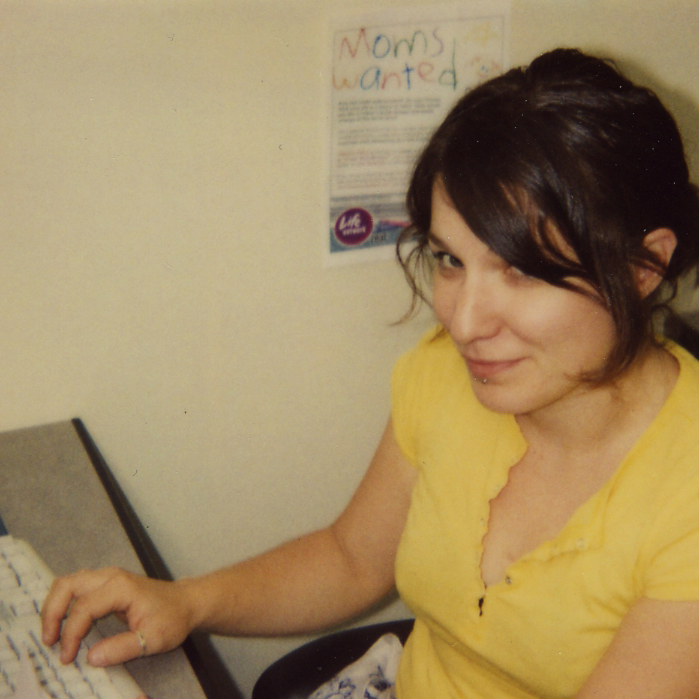 I’ve worked countless admin jobs. I still do graphic design to make ends meet, but also because I enjoy it. The two years I worked as the editorial manager at RPM.fm were some of the most creative and professionally rewarding experiences I’ve had, and we’re working on re-launching that project.

And all the while I’ve been a working musician.

This past spring in Liverpool, I shared the night at The Acoustic Dustbowl with Stanley Ambrose – a Celtic harp player. He regaled us with the questions he’s been peppered with over the years, questions often inspired by curiosity around the harp’s case, like “is that a machine gun?” and he went on to describe his own experiences with the reactions that come with saying “I’m a musician.”

After years of enduring tiring lines of questioning, like “but what do you really do?” he made a change. A change from noun to verb. He began to reply “I make music.” 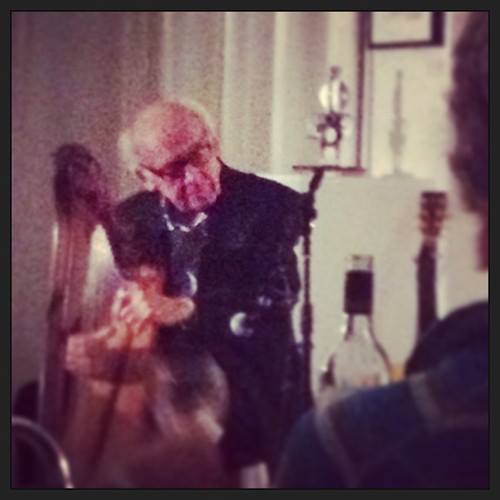 I loved Stan’s performance and I loved this idea. I want to be a verb too. What I do, who I am: an action, and on the move – no longer a noun, defined, a fixed plot on a chart.

Can I survive doing this? Yes. I do it all the time.